On the corner of Broadway and Walnut, in the West Central neighborhood, the aroma of freshly roasted coffee beans and sweet pastries invite neighbors inside Indaba Coffee’s flagship cafe. In here, everyone is welcome. Barista’s serve frothy lattes with love and an extra shot of hope.

“Love people, Love Coffee. Those four words symbolize our heart and vision. We try our very best to live by it,” said Bobby Enslow, owner and founder of Indaba Coffee. 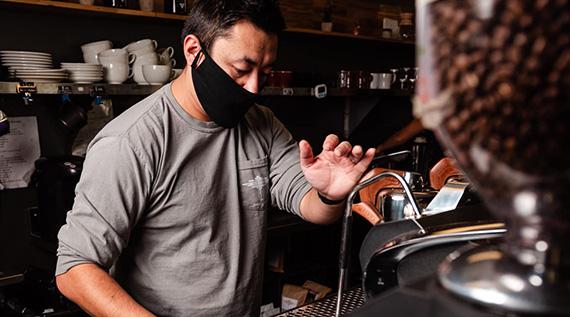 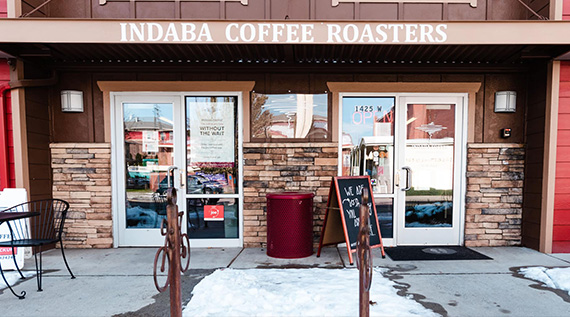 While its curated espresso drinks have made a mark for Indaba Coffee, it’s the conversations over coffee and care of each customer that makes this café a Spokane landmark. Short a quarter on your short espresso? Need a safe place to sit for an hour or two? Indaba Coffee and its compassionate employees are there for you.

“It’s about hospitality. The idea of inviting strangers into your business or home and engaging with people who are different than you,” said Bobby.

Bobby never set out to make the best cup of joe. While getting his MBA at Washington State University, he volunteered at an HIV/AIDS clinic in South Africa as part of his studies. The disparity between the rich and poor and witnessing suffering up close in South Africa forever changed him. It also inspired Bobby to dedicate his life to making a positive impact in underserved neighborhoods in his hometown.

“It was eye-opening and life-changing,” said Bobby.

In 2009, he opened the first Indaba Coffee on Broadway with the mission to create jobs, make a positive impact on the neighborhood, and sell a really good cup of coffee. He lives in West Central with his wife, kids, and chickens.

“We want to make Spokane a better place. I’m so thankful that people come in and spend $3 on a cup of coffee. It keeps us going to make a positive impact on the community,” said Bobby.

Since 2009, Indaba Coffee has opened four other locations and now, a new warehouse for roasting. Bobby credits their success to the people they serve.

Over the years, Bobby has witnessed first-hand the impact of how the simple act of caring and offering a cup of hot coffee can change a life. When a homeless man named Phil came into the Broadway shop a few years ago, Bobby could tell he needed help.

“Phil started coming in every day into the shop. He thought people were trying to get him. I befriended him, showed him some love, got him water and coffee. A small act in the right moment gave him hope and the love he needed,” said Bobby.

That simple act of kindness started a chain reaction of events leading Phil to get sober. He’s now married with kids. And Bobby will never forget the woman who stopped by the shop in distress- only to be comforted by a loving barista. That woman later told Bobby that barista’s hug saved her life.

Loving people, one cup of coffee at a time.

“Almost brings me to tears that we get to be a part of something having a positive impact in our community, and now it’s bigger than me. The lives that we’ve touched that is what I’m most proud of,” said Bobby.