The Northwest Museum of Arts and Culture in Spokane’s Browne’s Addition is now open again and it’s brimming with exhibits spanning from Native American artifacts to Downton Abbey.

“We are open at 25 percent capacity and you have to buy your tickets online before you arrive,” said Carol Summers, the MAC’s director of marketing and communication. “But our galleries are large and there is plenty of room for generous social distancing.” 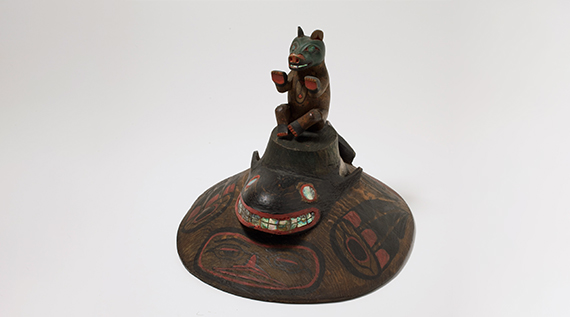 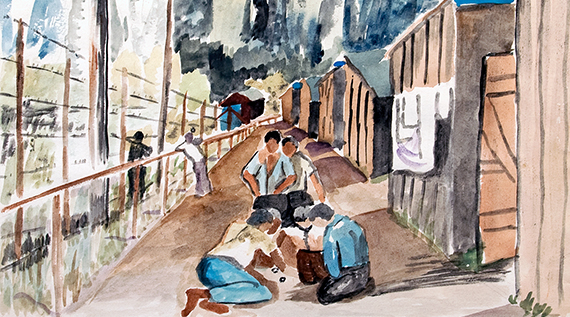 Here is a rundown of the exhibits:

Dressing the Abbey – the iconic wardrobe of the hit TV series Downton Abbey – runs through May 21 showcasing 38 original costumes worn by the actors in the series.

“We collaborated with Spokane Civic Theater and some local antique shops to create little sets around the costumes,” Summers said. “There is a kitchen with an old stove and also a large dining room to provide some context.”

At the Campbell House, the exhibit Spinning a Yarn shows fabulous dresses and other outfits from the MAC’s costume collection through June 20. The clothing is from the same time period as when Downton Abbey was set – late 19th and early 20th century.

Witness to Wartime: The Painted Diary of Takuichi Fujii runs through May 16, featuring 250 ink and watercolor paintings done by Japanese American Fujii while he was interned in a prison camp in southern Idaho from 1942 to 1945.

“He still had a desire to express himself, through his art,” Summers said. “The paintings are quite lovely though most of the scenes are barracks and camps.”

Also on display is The Bomber Boys: Portraits from The Front, which is a collection of World War II memorabilia belonging to a family in Gig Harbor.

“Two daughters were cleaning out the barn and they found this box of their dad’s World War II things,” Summers said. This exhibit is accompanied by American Inheritance: Unpacking World War II which features photos, uniforms and ephemera collected by Americans who experienced WW II firsthand.

“This is the stuff that lives on people’s mantels and in closets, passed down through families,” Summers said. Both WW II exhibits run through May 23.

A very special exhibit features 16 items of cultural significance to the Tlingit and Haida Indian Tribes of Alaska. The tribes sent a delegation to the MAC to look through the enormous indigenous collection, and through the Native American Graves Protection and Repatriation Act (NAGPRA) the tribes will be able to take these artifacts back to Alaska.

“We have more than one million pieces in our collection, including the largest Plateau Indian collection in the country,” Summers said. “Some of the Alaska pieces have never been on display before.” This exhibit runs through May 2.

We love a good museum or exhibit at Local Treasures with Pia – please let us know if you have a favorite and we may check it out. Send emails to CorpComm@AvistaCorp.com.

To buy tickets before you visit and learn more about the exhibits, visit The MAC online.