With towering pine trees, natural grass, and a year-round creek, the Pierce family backyard is a perfect haven for chipmunks. It turns out it’s also the ideal location to capture the bushy-tailed critters reading a book in a small library, serving up treats in a pint-size bakery, and giving a bear a trim in a tiny barbershop. 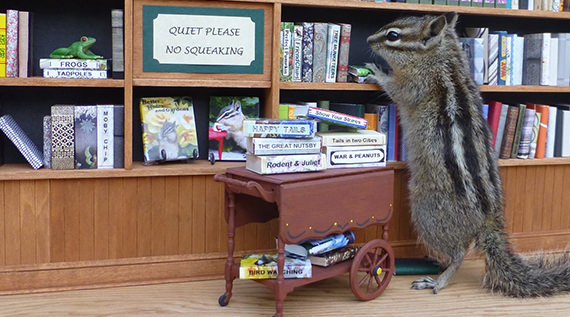 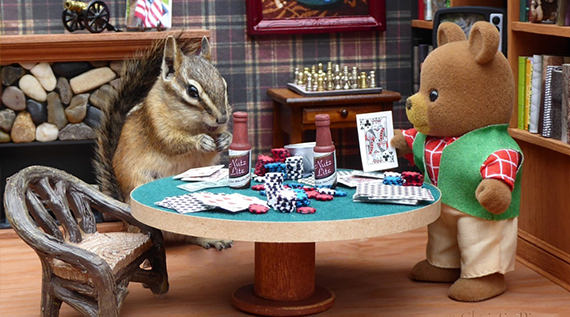 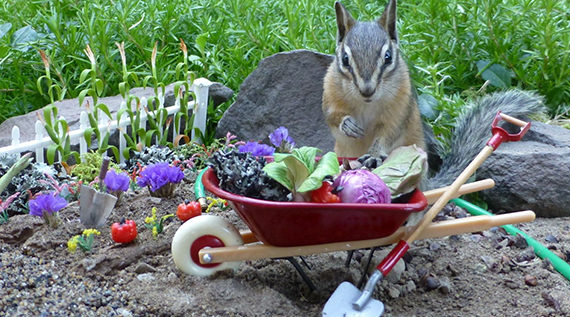 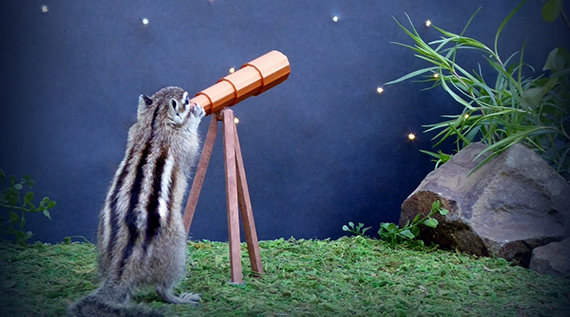 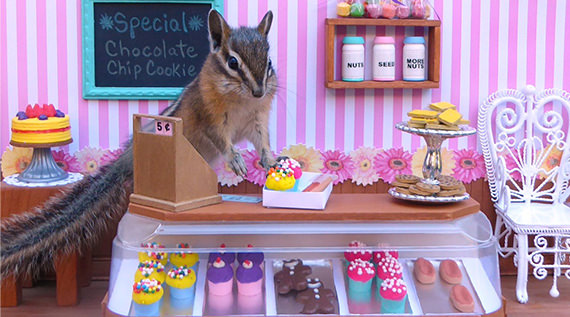 Christie never set out to photograph cheery chipmunks. But, as she’ll tell you, it happened by accident in 2012.

“We had these really small playing cards, and we had this idea to see if we could get Mr. Stubbs, a chipmunk with a short tail, to look like he was playing the cards,” said Christie.

She captured the comic image and showed it to friends and family, who encouraged her to do more photos and share them with the world.

“It’s evolved into this magical little world. Each picture is telling a story of this magical world,” said Christie.

Over the years, Christie and her husband, Paul, have created 100’s of miniature sets and even more photos. Once they have an idea for a scene, gathering and building everything they need can take years. The attention to detail is meticulous. Paul is a retired Avista electrical engineer and has been creating miniature sets since he was a kid.

“In the library set, he built hundreds of books and the wanes coating. In the bakery, he built the glass display shelf and cash register. I made the goodies out of Play-Doh,” said Christie.

Once the set is done, Christie places it outside on a retaining wall and baits the chipmunks with buckwheat or sunflower seeds, depending on what she would like them to do.

“I’m a purist. They are wild, and I can’t force them to do anything they don’t want to do. So, I build the set according to what I want to achieve and what I want them to do. I use buckwheat if I want them in a downward position, or their nose buried in something,” said Christie.

She uses sunflower seeds if she wants them calm and snaps shots in between putting seeds in their mouths. During a shoot, she waits patiently with her camera about a foot away from the set. Sometimes, it can take hours to get the perfect shot.

In 2019, Christie was forced to put her camera away and turn her focus to breast cancer. After a double mastectomy and some complications, Christie is healthier and looks forward to creating new sets and more photos of her furry friends.

“I’m emerging from a two-year breast cancer fog and I’m starting to noodle on what new shots I want to be doing,” said Christie.

She started an Instagram page during her recovery, and her loyal fans continue to reach out for her humorous greeting cards and her popular sell-out calendar.

“It’s the one normal thing that keeps me wanting to be well. It’s a bright spot during the dark days. It’s the best medicine ever,” said Christie.